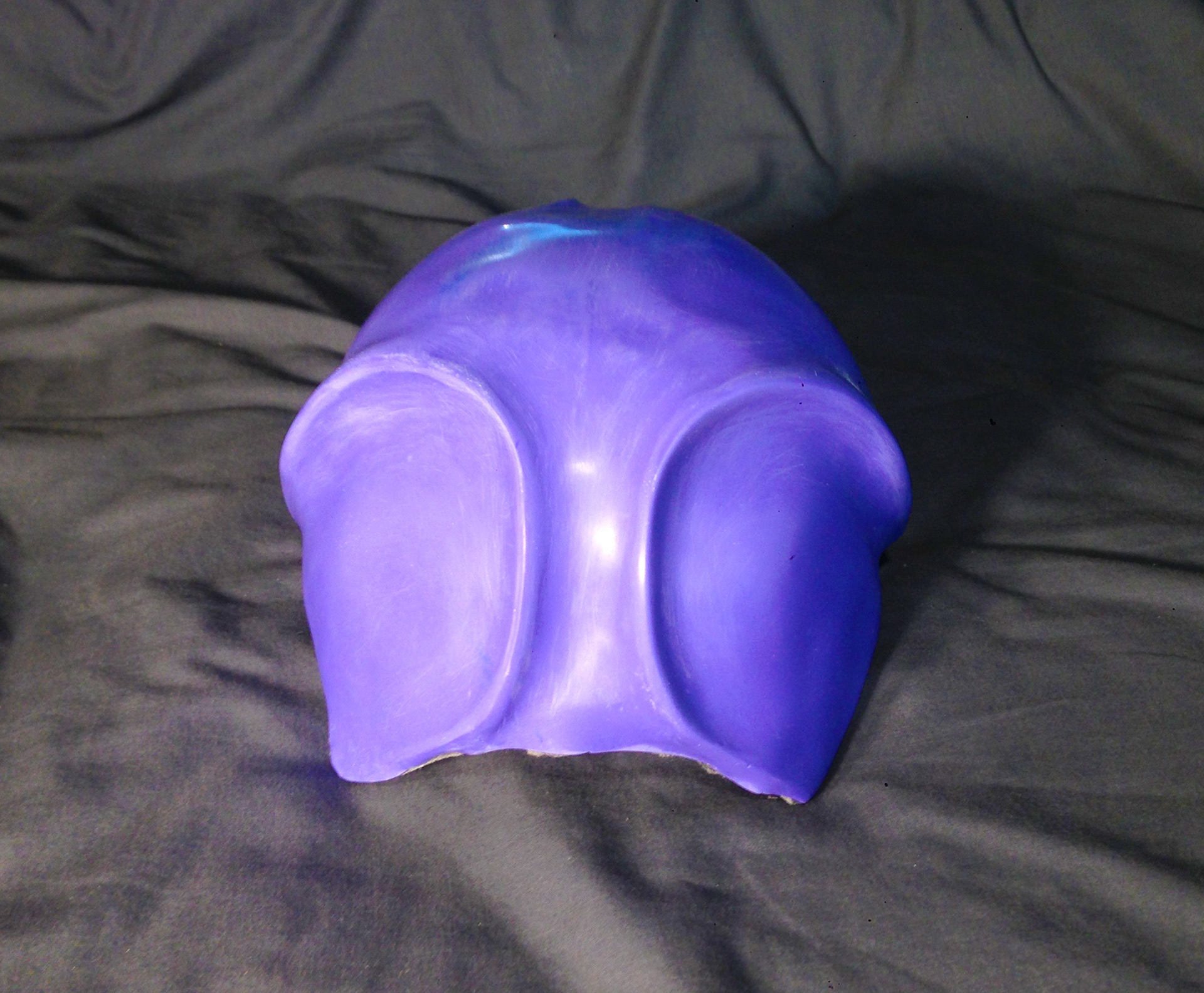 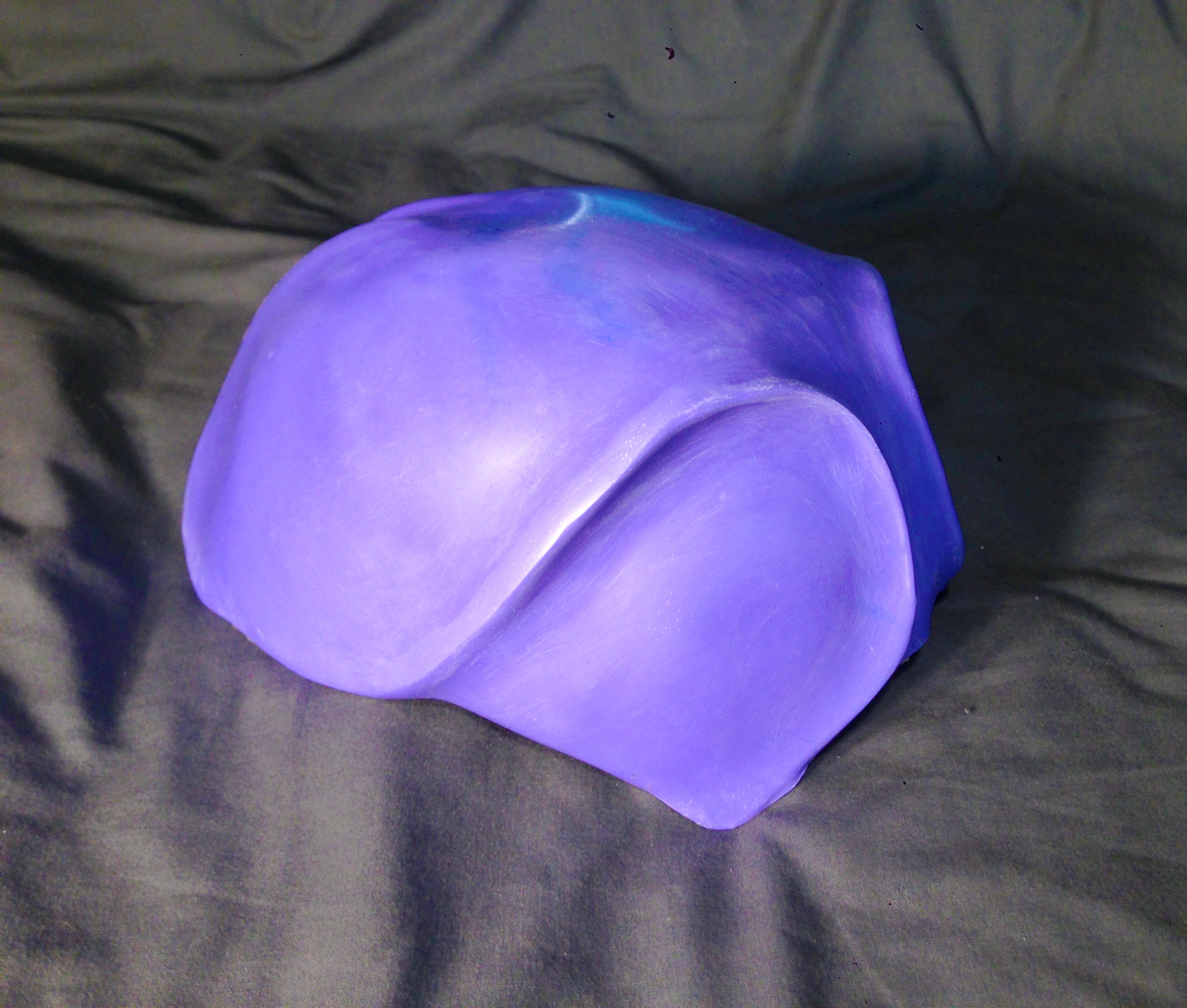 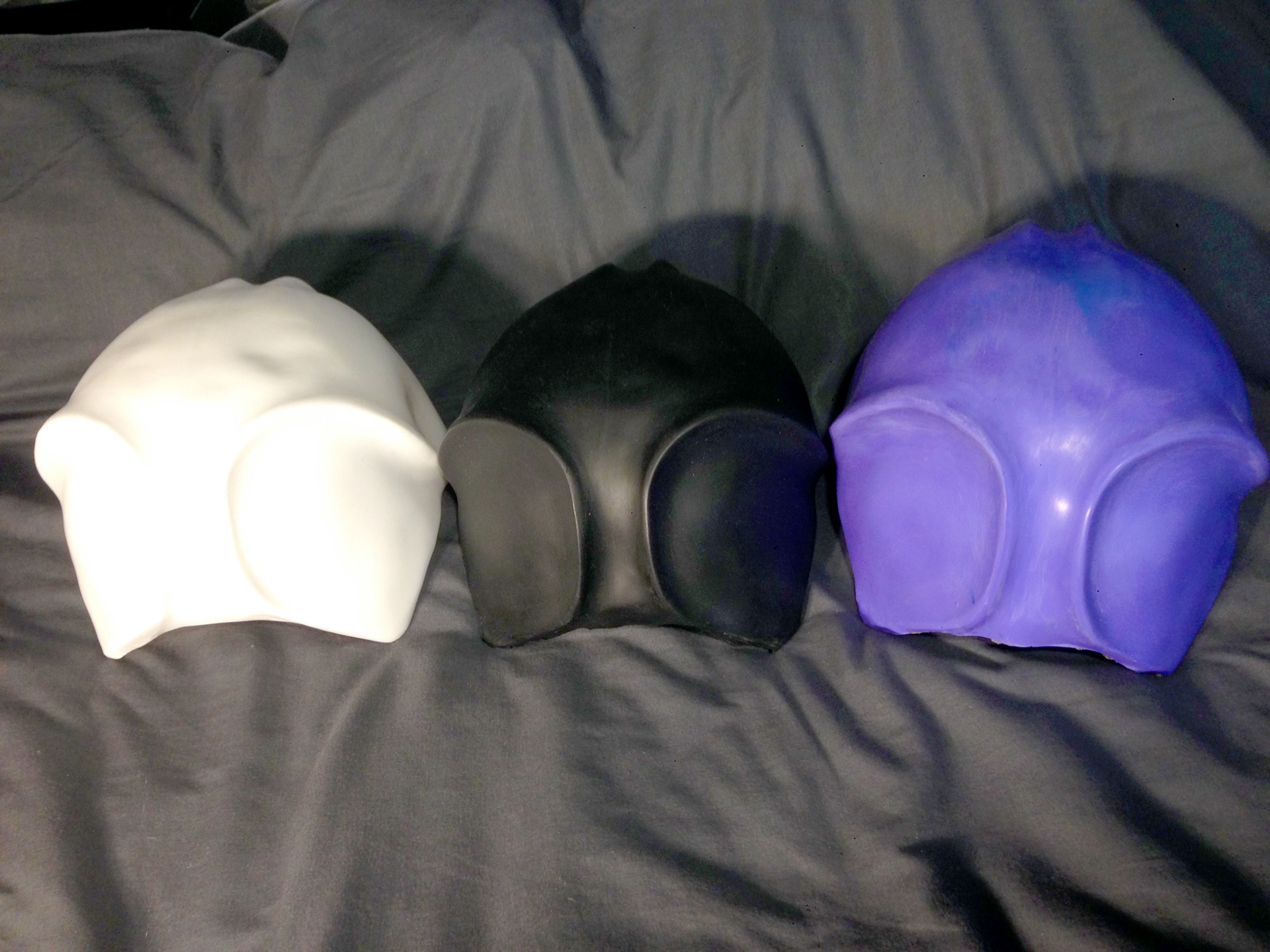 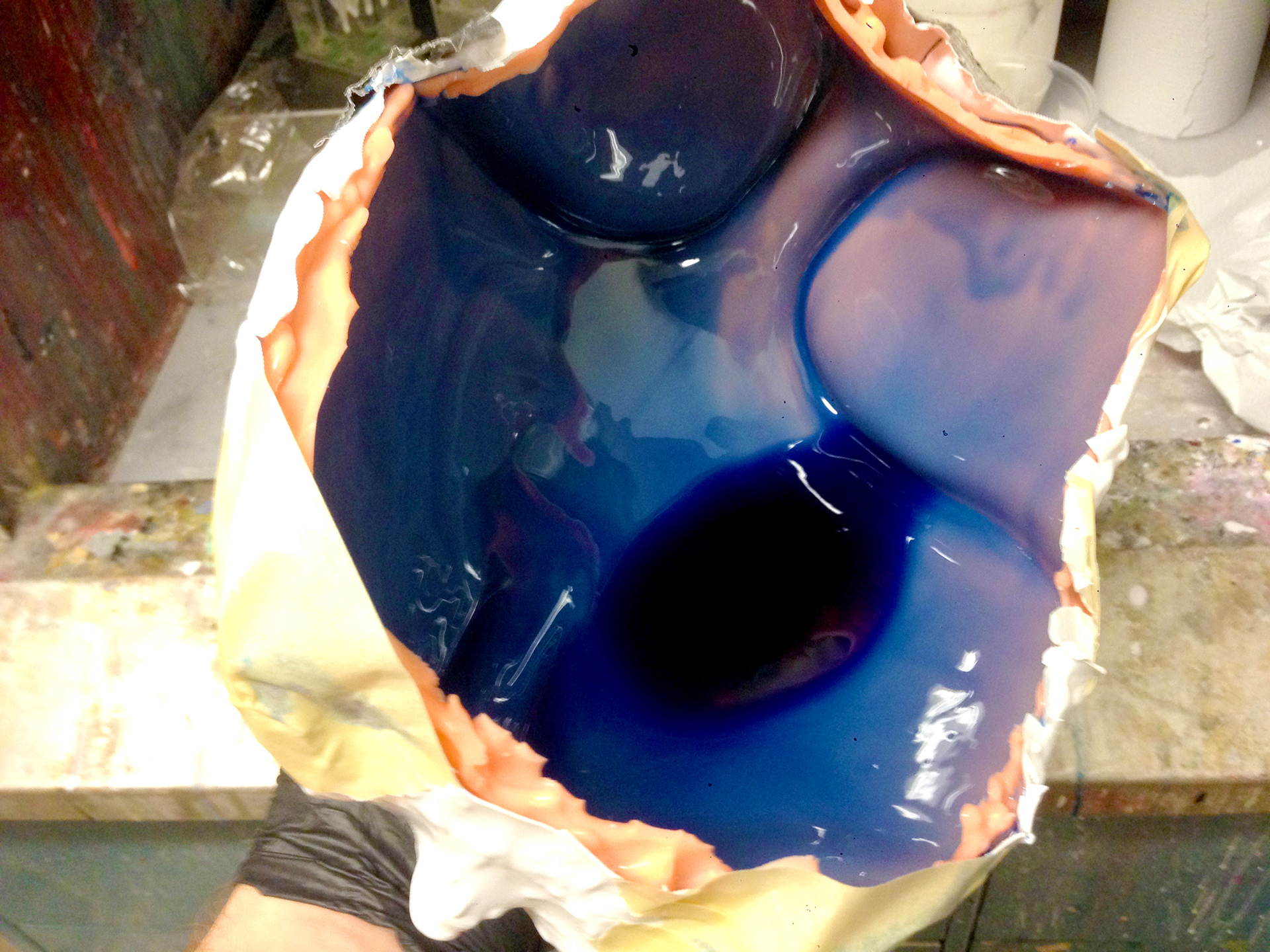 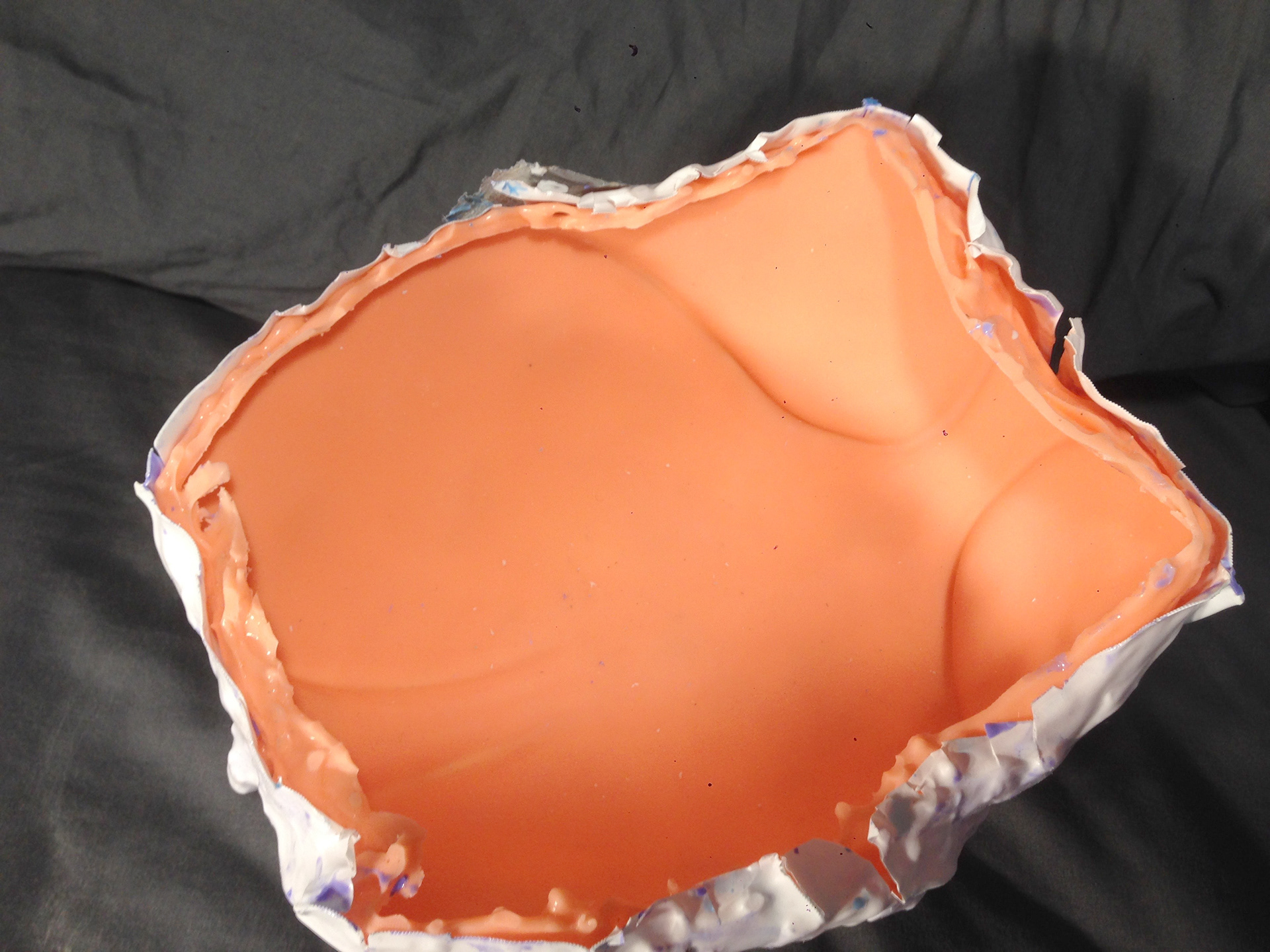 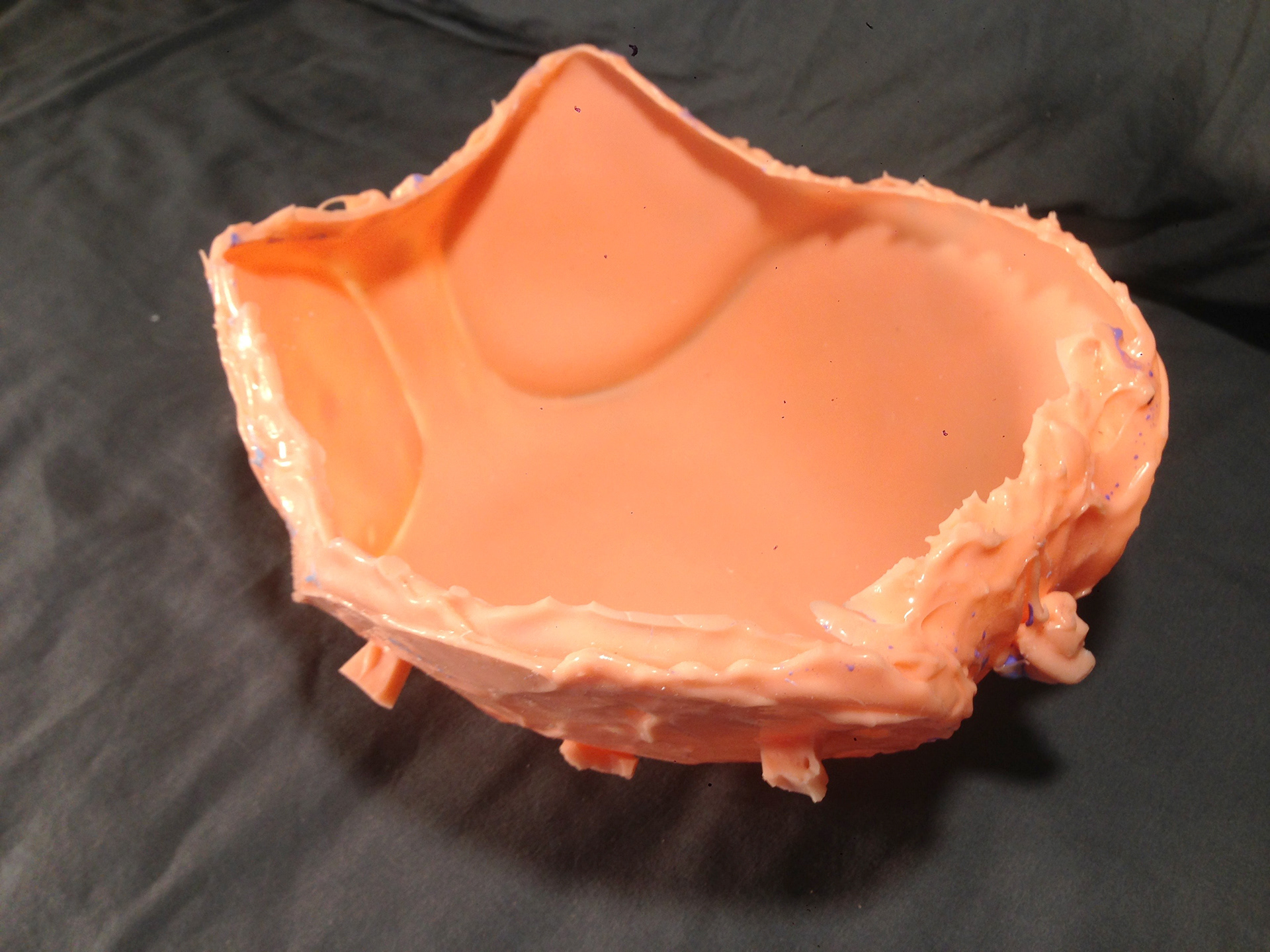 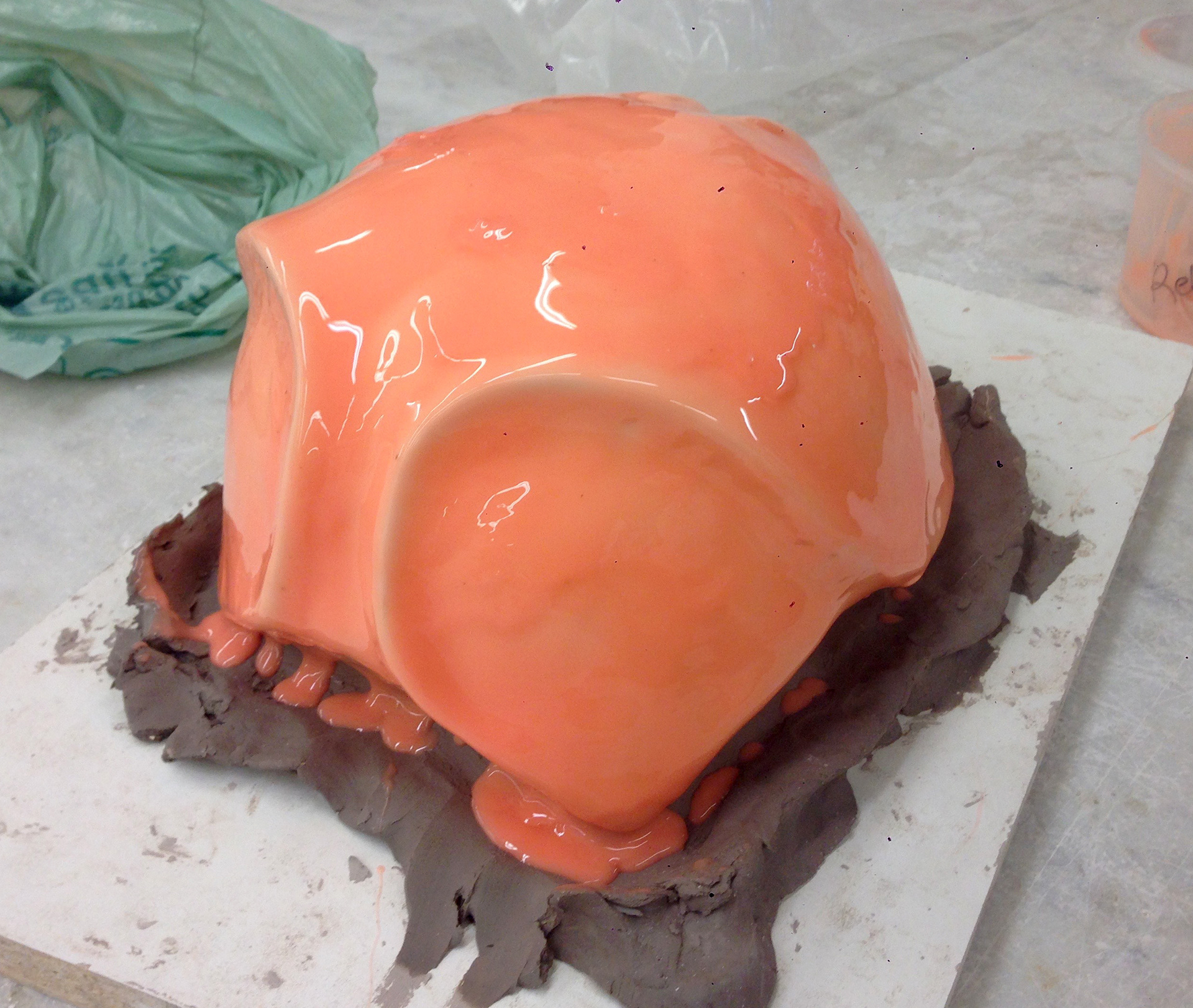 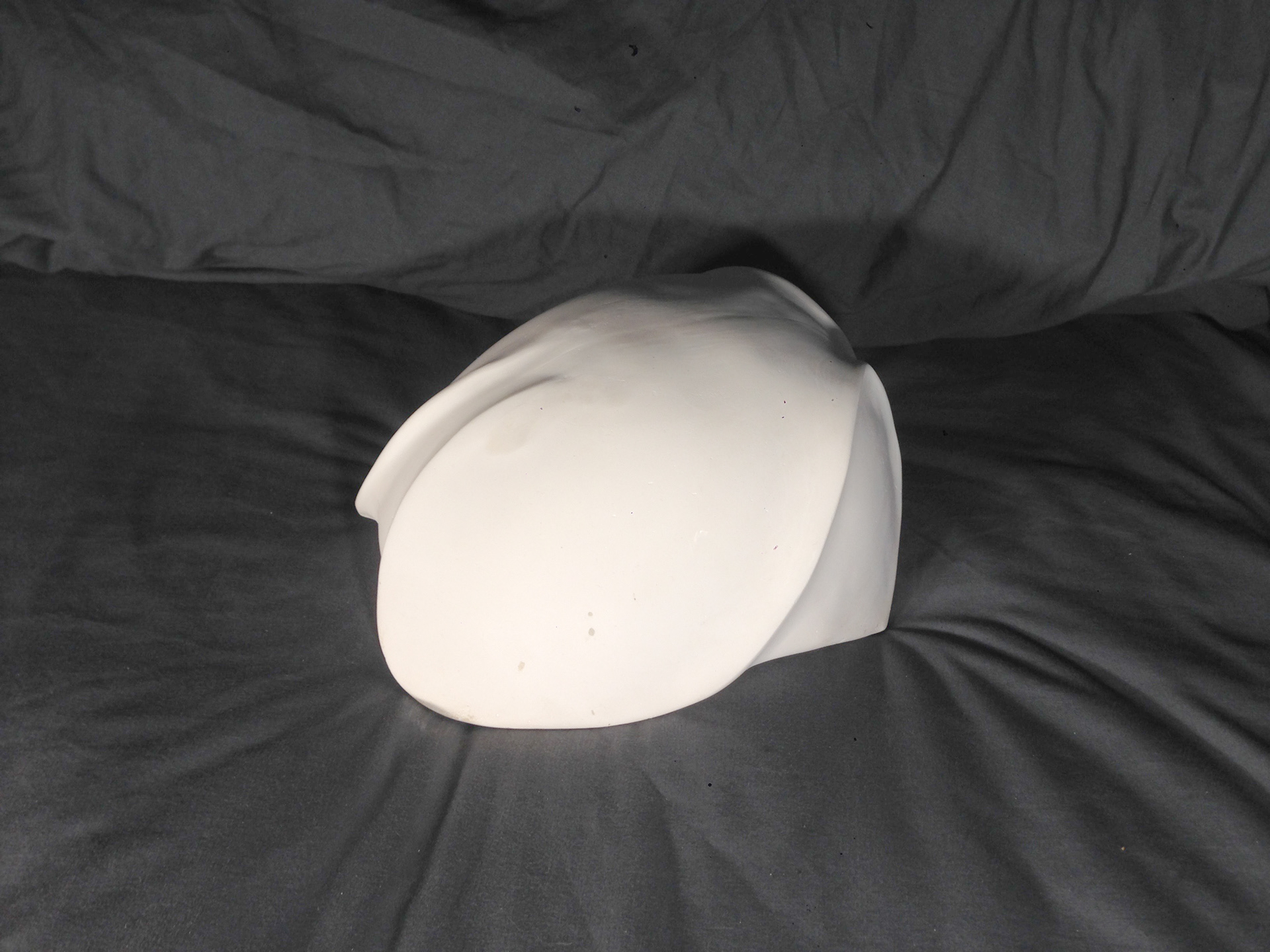 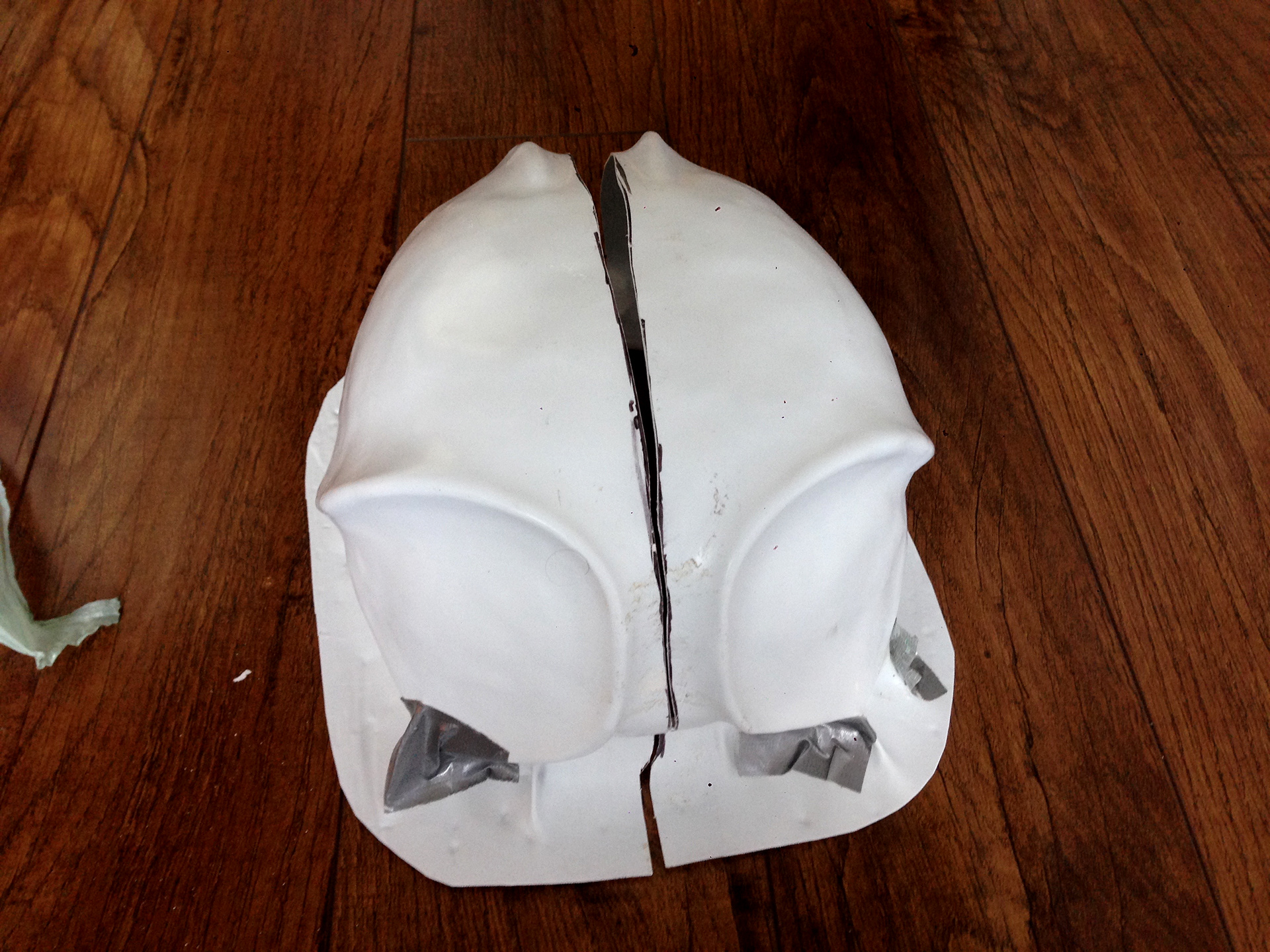 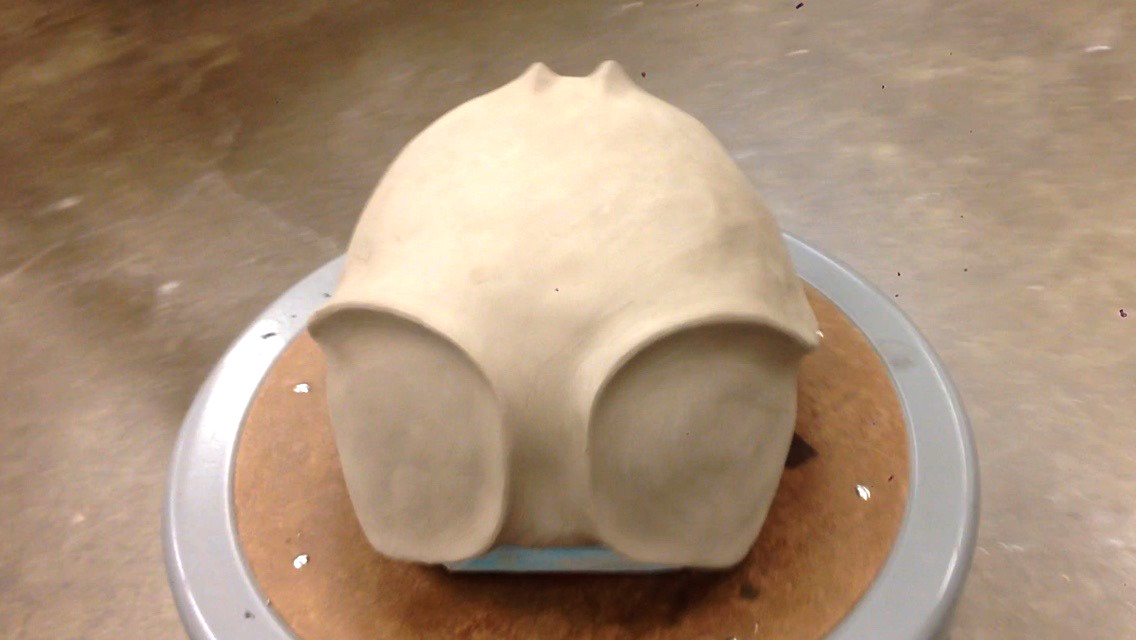 A study into more advanced moulding and casting techniques, the process of which is reversed in the images above:
A clay positive was sculpted over a head-form. A preliminary mould of the clay was then created via vacuum forming. Plaster was subsequently cast into the shell to imitate the original positive form. This plaster cast was then rigorously smoothed and polished. A brush-up silicone mould was constructed atop the cast. Following curing and keying, a mother mould was vacuum forming atop the silicone. This final negative was intended as a rotation mould. Liquid urethane plastic was mixed and rotated within the silicone. Three layers worth of the liquid-cast plastic created a rigid outer shell. Additional test work was done with the inner foam padding. ​​​​​​​

Insert copy here, which should vary depending on your region. Accept